Rollercoasters, more commonly known as "coasters" are a type of ride that use elevated tracks and a number of thrilling features, such as loops, corkscrews and many more elements to create excitement. In Planet Coaster, there are fifty six types of rollercoasters across three categories: steel, wooden, and hybrid.

See: the Building Coasters guide Players can construct coasters by adding track pieces and altering four parameters: scale, roll, pitch and yaw. These mechanics allow players to appropriately move the track. In addition to this, there are a number of prefabricated track elements, such as brakes, block brakes, chain lifts, and many more. Inversions, such as loops, corkscrews and rolls can be added manually or selected among various pre-sets which are often exclusive to the type of coaster.

All coasters must return to the station they left, or use the autocomplete tool for the game to attempt this. Each station needs an entrance, exit, and queue area for the ride to be opened. As well as customising the track, players have the option to alter various other settings and parameters, including:

Blueprints are prefabricated coasters designer by other players through the Steam Workshop or are included in the game. Players may also create their own custom blueprints that can then be published and imported into other parks. 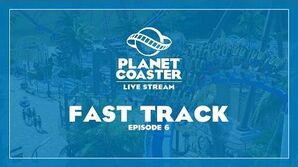 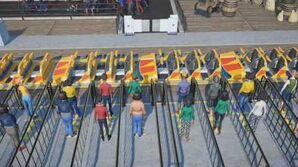 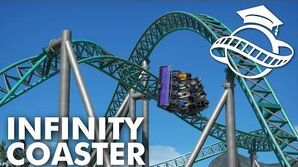